Heart Attack vs. Sudden Cardiac Arrest: The Most Essential Facts 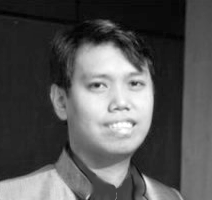 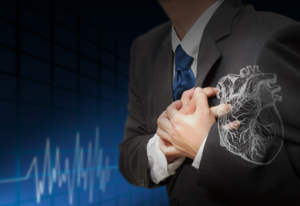 People often mistake a heart attack and a sudden cardiac arrest as two similar conditions. Understanding the subtle differences of the two conditions shall require further knowledge on what happens in their processes.

A heart attack occurs when a single or multiple coronary arteries supplying oxygen-rich blood to the heart gets blocked. A blockage typically happens when plaque found inside the artery is dislodged and a blood clot ensues. Failing to treat the blockage immediately could cause the heart muscle to die, because it relies on the blocked artery. In the United States, 790,000 Americans experience a heart attack, and 210,000 of those are the ones who have already suffered a previous one before. In the majority of cases, the main heart attack cause is Coronary Artery Disease or CAD.

Upon a heart attack, getting to the hospital as soon as possible is the best thing to do. Time is crucial as the longer it takes for the condition to get treated, the likelier the heart will be damaged. It would be a welcome addition if someone knows Basic Life Support or has studied comprehensive BLS algorithms.

Feeling of indigestion or heartburn with or without vomiting and nausea

Pain or discomfort between shoulder blades

Unexplained or unexpected fatigue or weakness

Sudden cardiac arrest is an emergency caused by an unexpected or sudden loss of electrical heart function, consciousness, and breathing. A heart attack is different because the heart continues to beat, but the blood supply and oxygen delivery to the heart is the only aspect that is not functioning correctly.

Sudden cardiac arrest causes an abrupt loss of heart function, consciousness, and breathing. Circulation of blood to the different vital organs, including the brain, stops immediately. If emergency care is not provided immediately, the chances of death or structural brain damage may happen in minutes.

Even though sudden cardiac arrests are unexpected, studies have shown that survivors have pointed out the most common warning signs:

Seizures (usually in legs or arms)

Most incidents of sudden cardiac arrest are caused by pre-existing heart conditions, including:

Electrical problems in the heart

These conditions can influence and create abnormalities and ultimately lead to sudden cardiac arrest.

What to do: Heart Attack

Whether you are sure or not about a heart attack, calling 911 or the emergency response number should be the first thing you need to do. Every minute counts. Getting to the emergency room as fast as possible is the number one goal. EMS responders can rush the patient to the E.R. quicker than a private car. EMS staff have the proper training to revive a patient whose heart has stopped.

What to do: Sudden Cardiac Arrest

Treatment time is crucial during a sudden cardiac arrest as it is reversible if treatment is immediately performed within minutes. Calling 911 should be the first thing to do. If an automated external defibrillator is available, then this should be used immediately. CPR must be performed right away until EMS arrives at the scene. If two people can help, one should call 911, and the other should perform CPR immediately.

Sudden cardiac arrest has been one of the top causes of death in the United States, and more than 320,000 cardiac arrests happen yearly outside of a hospital setting. Performing CPR while following the beat of the Bee Gees’ “Stayin Alive” song can help double the chance of survival of a cardiac arrest victim.

After surviving a heart attack, strenuous exercises are not allowed unless the doctor says so. Lifting, pushing, or pulling heavy stuff is strictly prohibited. It is safe to consult with the doctor about what activities you are allowed to perform. Ask your doctor if a cardiac rehabilitation program would be good for you if you were not set up yet. Supervised exercise is included in a cardiac rehab program. Assistance with diet, emotional support, and lifestyle changes are typically included.

It is heavily advised that activities be increased gradually. Taking short rest breaks must be done when fatigued. Consult with your doctor when would be the proper time to work again, drive, or perform other activities regularly.

After going through sudden cardiac arrest, your doctor will most likely prevent you from performing strenuous activities. These restrictions are essential but temporary. It is required to follow so that the body has the opportunity to recover from the horrible incident properly.

Short-term memory loss has been experienced by some survivors. It lasts up to a maximum of six weeks for some. If it exceeds six weeks, it would be best to bring the patient to the doctor.

Lifestyle changes are required after suffering a sudden cardiac arrest. This is like a second chance in life, and some things need to be corrected. Lifestyle changes that are highly suggested include:

Following a strict and healthy diet should be implemented from hereon in. Specific dietary restrictions typically prohibit eating fatty foods.

Your medications should target the best strategy for your health after sudden cardiac arrest. Your doctor will create a more specific medication regimen for you to follow. It would be your job to drink these medications religiously. There is a very high chance that you will be having regular maintenance medication for the rest of your life after a sudden cardiac arrest. Make it a habit to drink these medicines on time and as per the doctor’s advice.

Many survivors of sudden cardiac arrest receive an ICD or an implanted defibrillator. Your family should be fully aware and know the functions of this device.

Struggling with anxiety or depression after a sudden cardiac arrest is normal but can be managed. It is important to speak with a counselor, family, or support group to help you get through it. Just be focused on getting better.

Being afraid or worried of a sudden cardiac arrest repeat can be lessened by simply managing your health properly and sticking to your doctor’s advice on diet and lifestyle.

Heart attacks are usually caused by risk factors that are already known. Many of these can be controlled or somewhat reduced. By properly implementing lifestyle changes, you can lower risk factors and have a lesser chance of another heart attack.

Your diet should only consist of heart-healthy foods. Avoid salty and high-cholesterol foods and go for vegetables, fruits, and whole grains instead. Caloric intake must be monitored as well.

Smoking is extremely dangerous to the heart, and it heightens the risk of another attack. Quitting may be too difficult for some people, but it is a must. For those who need help in quitting, consult with your doctor about certain programs that can help.

After a heart attack, experiencing different kinds of emotions such as depression is normal. The important thing is to have a positive outlook and focus on the goal of recovering and improving. Consult with your doctor for mental and emotional health concerns.

The misconception about a heart attack and a sudden cardiac arrest as a similar occurrence should be eradicated. More people should be aware of their differences instead. Though both concern the heart, a sudden cardiac arrest is more severe than a heart attack. It is crucial to have immediate medical care with either condition as time is of the essence to avoid death or severe health damage.

Having proper Basic Life Support or BLS training could serve as a huge plus. While waiting for the EMS, it is crucial to implement BLS algorithms learned from BLS certification.

Survivors of either a heart attack or a sudden cardiac arrest must make lifestyle changes for a healthy heart. Preventing another incident could only be done by implementing healthy life choices. There is no guarantee that another heart attack or another sudden cardiac arrest won’t ever happen again. That is why it is crucial to eat the right foods, exercise regularly, and take medications religiously.

Surviving a heart attack or a sudden cardiac arrest is like having a second life. It would help if you kicked out your bad habits to prolong your life, as you may not be lucky the second time around. Make the best decisions for your health and keep your heart safe from danger.