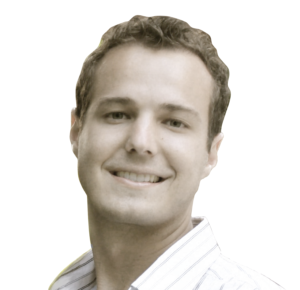 Brian Clark is an experienced healthcare professional and instructor. He has created some of the most commonly used life-saving instructional materials available online.

How to Manage Respiratory Arrest 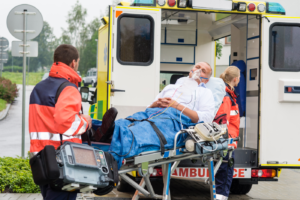 Respiratory arrest, also known as respiratory failure, is a critical event in which a person loses their ability to perform effective breathing. This condition usually requires emergency care from medical professionals including CPR and medications to improve breathing until the underlying cause is addressed. In this article we will talk about what respiratory arrest is and how to manage it according to the advanced cardiac life support (ACLS) algorithm.

What is Respiratory Arrest?

Respiratory arrest can cause cardiac arrest to occur if left untreated. Without immediate intervention within 5 minutes of its onset the brain and other vital organs may suffer irreversible damage. Because of this it is important that bystanders who witness the onset of the respiratory arrest take action.

First aid and bystander cardiopulmonary resuscitation (CPR) should be administered right away if available. These interventions should then be followed by the complete Advanced Cardiac Life Support (ACLS) algorithms when emergency services arrive.

There are many causes of respiratory arrest, but the most common one is upper airway obstruction. This occurs when an object becomes lodged in the throat and blocks the airway. Common objects that can cause this type of obstruction include food, vomit, or foreign bodies such as coins.

Respiratory arrest can also be due to a lower airway dysfunction, such as in asthma and COPD. It can also be caused by an accumulation of fluid in the lungs (pulmonary edema) or blockage by a foreign body.

Central Nervous System Impairment leads to decreased respiratory effort which causes respiratory arrest. The respiratory centers in the brain send signals to our chest muscles to contract and relax to facilitate breathing. Hypercarbia, hypoxia, and hypoventilation can be the cause of respiratory arrest due to this neurological impairment in central respiratory control.

Respiratory muscle weakness can lead to respiratory arrest. When the respiratory muscles are weak, they cannot generate the force necessary to keep the airway open and allow for breathing. This can be due to a number of causes, such as neuromuscular diseases, chest wall deformities, or obesity.

How to Recognize and Diagnose Respiratory Arrest

When respiratory arrest is suspected, it is important to perform an initial assessment. This assessment will help to determine the cause of respiratory arrest and the best way to treat it. The first step in the assessment is to check for a pulse to ensure this is not cardiopulmonary arrest. This can be be done by placing two fingers on the carotid artery, radial artery, or femoral artery. If a pulse is present, then the next step is to check for breathing. Look for chest rise if the patient is unresponsive. A sternal rub may be used to assess for responsiveness if the victim doesn’t respond to verbal cues.

Some signs and symptoms that may indicate respiratory arrest include:

1) A respiratory rate less than 8 breaths per minute

4) Collapse of the chest wall

How to Manage Respiratory Arrest

If respiratory arrest is suspected, then Advanced Cardiac Life Support (ACLS) should be initiated immediately if available. The first step of ACLS for respiratory arrest is checking the airway. If there are any obstructions present that are preventing airflow into or out of the lungs, these need to be removed as quickly as possible before further treatment can occur.

After removing any foreign bodies from above the glottis, it may still seem difficult for airflow to take place because of poor positioning, an anatomical abnormality such as a deviated septum, or lung disease. If a foreign body cannot be seen in their airway and there is still poor airflow an obstruction further down in the airway may be the cause.

After assessing that there are no obstructions in the respiratory system (above and below), ventilatory interventions can begin. If the victim has a pulse but their breathing is ineffective then rescue breaths should be administered at a rate of 1 breath every 5 to 6 seconds, approximately giving 10 to 12 breaths every minute.

If these steps do not result in return of spontaneous circulation or breathing, continue CPR as you can progress further along the ACLS algorithm.

Respiratory arrest needs to be recognized and treated early before it progresses into cardiopulmonary arrest. Respiratory failure can be one of the more complicated conditions to diagnose and treat because of the wide variety of causes. Mechanical maintenance of airway patency, ventilation, and oxygenation of the victim is imperative even if the exact etiology is unknown.