Sleep and its Critical Connection to Heart Health 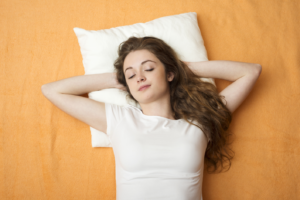 According to the American Sleep Association, 50-70 million adults in the United States have sleep disorders with 48% reported to be snoring. Approximately 37.9% unintentionally fall asleep during the daytime. Drowsy driving has been the cause of 40,000 non-fatal injuries and 1,500 fatalities each year in the U.S. and 25 million adults experience obstructive sleep apnea. In U.S. hospitals, 100,000 deaths are caused by medical errors and one significant factor that contributes to this is sleep deprivation.

Why start this article off with these statistics? Well, sleep has been ignored or set aside as an essential aspect of overall health. It’s high time that people get enough information about why it is critical to get proper sleep. Experiencing a cardiac emergency at home due to lack of sleep may require someone with comprehensive BLS algorithm knowledge to increase the chance of survival.

Sleep offers the body to recharge and that plays a key role in almost all aspects of health. Particularly with the cardiovascular system, lack of sleep can bestow problems related to blood pressure which heightens the risk of heart attacks, stroke, and heart disease. Getting enough sleep may assist in promoting a healthier heart and cardiovascular system.

There has been substantial evidence that demonstrates sleeping problems such as fragmented sleep and sleep deprivation incurring negative effects on the heart. Sleep has been key for recuperation. While a person sleeps, blood pressure goes down, heart rate slows down, and breathing also stabilizes. This helps reduce the heart’s stress as sleep allows the heart to recover against the strain that is experienced while being awake.

Lack of sufficient nightly sleep results in a person not getting enough deep NREM or Non-rapid eye movement sleep that benefits the heart. This is a similar issue with people who get frequently interrupted while sleeping. Chronic sleep deprivation is connected to numerous cardiac problems such as heart attack, high cholesterol, high blood pressure, stroke, obesity, and even diabetes.

Coronary heart disease is the top cause of death in the U.S. This happens when plaque gets piled up inside the arteries. When it hardens, it narrows the path and the condition of atherosclerosis is formed. This affects the heart because it lessens its capability to get enough oxygen and blood.

According to research, sleep deprivation affects the heart as it contributes to atherosclerosis. Plaque buildup is caused by inflammation and that involves the white blood cells. Poor or lack of sleep causes chronic inflammation. This adds to plaque formation.

Sleep deprivation’s effect on coronary heart disease has been believed to be connected to the effect of sleep on blood pressure. The strain to the arteries brought by hypertension usually contributes to heart disease.

Upon healthy sleep, the blood pressure goes down by approximately 10-20%. It is referred to as nocturnal dipping. Research has highlighted its critical role in heart health. Poor sleep, whether from sleep disruptions or total lack of sleep, is connected to non-dipping which means that the blood pressure fails to dip at night. According to studies, elevated nighttime blood pressure is linked to hypertension or high blood pressure.

Nocturnal blood pressure has been concluded to be more predictive compared to high blood pressure in the daytime. Non-dipping has been associated with a higher risk of heart attack and stroke. In addition, reduced brain blood flow and kidney problems have been tied to non-dipping.

Increased Blood pressure levels during the day have been determined as sleep deprivation’s consequence according to multiple studies but do not affect everyone equally. The link connecting high blood pressure and lack of sleep is highest in the middle-aged group. People working long hours and being involved in high-stress jobs have a higher chance of experiencing increased blood pressure levels after chronic lack or poor sleep.

Heart failure occurs when the heart fails to pump the right amount of blood to supply the entire body with oxygen and blood required to function correctly. Based on an observational study of more than 400,000 people, heart failure and sleeping problems were seen with strong associations.

This study found that people who got less than 7 hours of sleep had a higher heart failure risk. Heart failure was found to be more common to those who had indicators of unhealthy sleep such as daytime sleepiness, insomnia symptoms, and snoring. If a person has more of these unhealthy sleep signs, the likelier that that person would experience heart failure.

Myocardial infarction or a heart attack occurs when the blood’s flow to the heart is blocked. This can be fatal due to the damage that it may incur as soon as the heart fails to get the right amount of oxygen. Being deprived of sleep increases heart attack risk. According to one study, people who sleep five hours or less per night have a 20% higher risk of suffering a heart attack.

NREM sleep assists the heart to recover and slow down while REM sleep involves increased activity and stress. With lack of enough sleep, the balance between these two stages can be thrown off and that could lead to an increased risk of a heart attack.

Interruptions while sleeping has also been associated with heart attack potential. Aside from blood pressure, the heart rate can instantly spike when being woken up. Frequent sleep disruptions may cause cardiac stress and lead to a heart attack.

A stroke happens when the blood flow going to the brain gets cut off. The brain cells die due to a lack of oxygen. When plaque blocks an artery or a blood clot occurs, it is called an Ischemic stroke. According to research, lack of sleep has been linked to having a stroke.

Blood pressure levels are affected by sleep deprivation and having high blood pressure heightens the risk of a stroke. Insufficient sleep contributes to plaque buildup in arteries and this can increase the possibility of blockages and cause strokes or even mini-strokes.

Sleep disorders have damaging effects on the heart. Insomnia, which is one of the most popular and most typical sleep disorders, is usually tied to insufficient sleep. Insomnia can also lead to heightened cardiovascular health risks.

OSA or obstructive sleep apnea is a breathing disorder connected to heart disease, stroke, high blood pressure, obesity, and even diabetes. People who experience OSA have breathing lapses when sleeping and when there is a blockage on their airways. Interrupted breathing from obstructive sleep apnea causes fragmented sleep. This is one of the factors why this condition is linked to various cardiovascular problems.

Heart rate drops during normal sleep and during the NREM stage. Heart rate picks back up when your body is preparing to wake up. Abrupt awakenings can cause a spike in heart rate. Studies have also shown that those who suffer from sleeping problems complain more about an irregular heartbeat. With these findings, heart palpitations may be linked to lack of sleep.

A study that focused on older adults showed that people with frequent nightmares were more likely to report an irregular heartbeat. Heart rate may increase due to nightmares. If sleep has been disturbed because of a nightmare, feeling the heart racing is typical upon waking up.

Getting Better Sleep to Protect the Heart

Based on the different aspects mentioned above that connect sleep and heart health, it is safe to say that sleep is very important and must never be ignored. People should never take sleep for granted as it affects the most important organ of the body.

The best things to do to achieve the right sleep that the body needs are the following.

Following a regular schedule for sleeping is crucial for better health. Going to bed and getting up at a consistent time daily could help heart health. The weekends should not be excluded from this.

It is believed that the body needs enough natural light to achieve better sleep. A morning walk could help with this cause. Just don’t get scorched. An early morning walk should do the trick. The more consistent it can be done, the better.

This is probably one of the most common things that a lot of people fail to do before going to bed. People usually hold cell phones or use laptops before going to sleep. If this cannot be avoided, it is recommended to turn the blue light filter on.

If you are nearing your bedtime, avoid meals that are high in sugar or fat. Do not consume anything with caffeine or alcohol as well.

Be active and exercise during the day. This promotes overall health. Avoid exercising hours before bedtime.

Set a Quiet Bedroom for Sleeping

Sleep deprivation would be prevented if your bedroom is kept quiet. Adding a cool and dark feel to it will also promote better sleep. Avoid interruptions at all costs.

Consulting medical professionals would be the smartest move because they can help in identifying obstacles that prevent enough sleep. Optimal health can only be reached if a person is aware of underlying medical conditions and knows how to treat them properly. Sleep is essential to the body. Thus, it should never be set aside or taken for granted.